Thirteen anglers met at Rabbittown Saturday morning April 2nd, had breakfast then headed to the Tugalo River Lake Hartwell. Five boats launched at Stevens County Park and followed the channel north using our navigation mapping to stay out of the shallow areas as we neared the target area to be fished. Fishing today was to be the  mid season Hybrid run just below Yonah dam. Once we reached our destination one by one each boat stopped about 100 yards in front of the next. We started out at the first bridge and while getting our lines out we had our first fish on. It was a Hybrid which weighed 9 pounds caught by Dale Burrell on a blue back planer board. It measured only 26 and a half inches but it was full of fight. Another incredible day on the water, sun was shining, blue sky, fish were being caught by all of the boats, some stripers but mostly Hybrids. The bite turned off for a while and then it picked up a couple hours later and again the bite was on with several boats picking up one or two more fish. Well it was the wind’s turn to engage us gusting at 25 mph. This was the first time ever I ran 2 wind socks and that kept our speed down to 1 mile an hour. We decided to stop a 1pm and all headed back to Atlanta with some stopping off again at Rabbittown for some lunch. 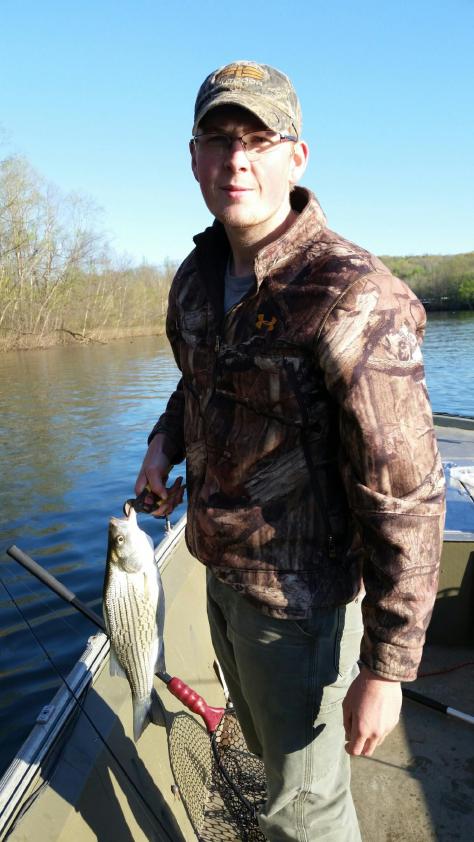 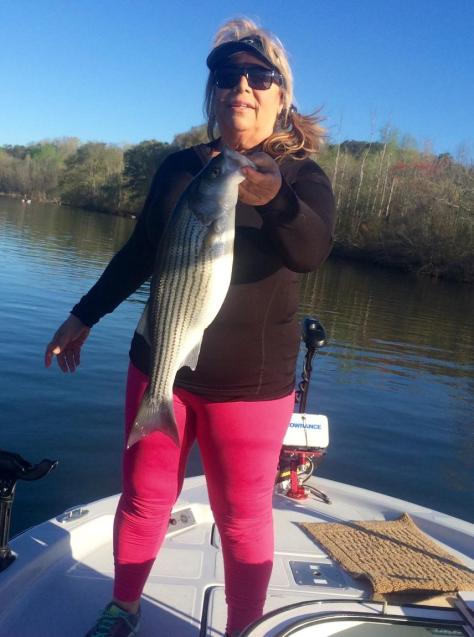 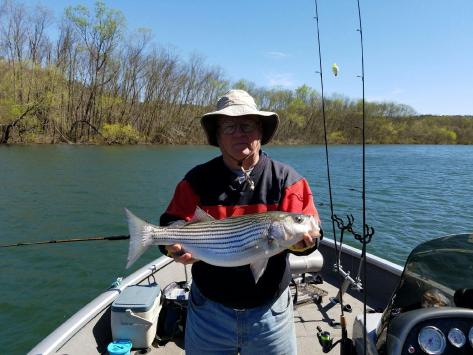