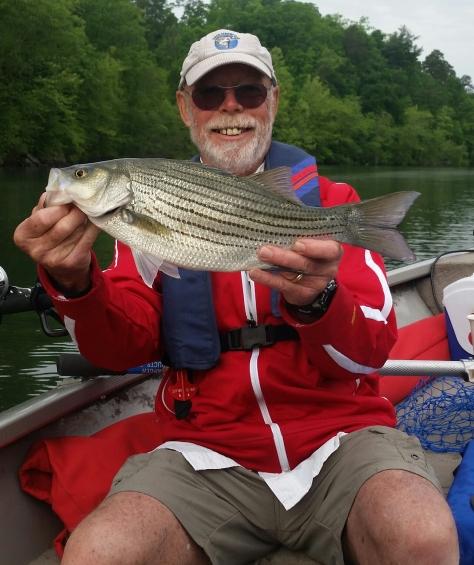 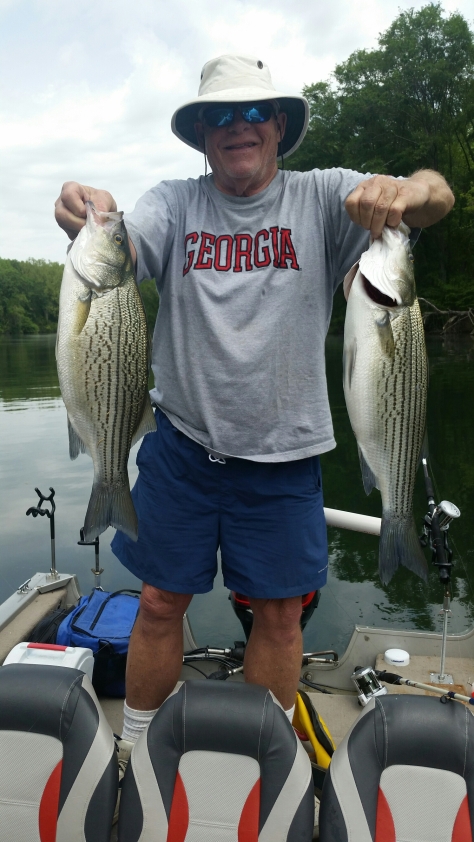 We arrived on the Tugaloo river around 8:15am just north of Stephens County Park ramp. Our first gizzard shad went into the water without a hook. Oops. Still had 3 left and 4 dozen blueback herring. While fishing was a little slow we managed to catch and lose 11 Hybrids over the six and a half hours that we fished. The four Hybrids we caught came about 1 and a half hours apart then we doubled during a lull which tangled 5 rods into a Charlotte’s web. These fish were strong and fought hard which surprised us when they hit. Between the laughs, jokes and comments it was a pleasant trip up the river while the rest of the club fished the main lake. We got a little rain around 3pm and decided to head to the ramp when thunder was heard. When we got to the boat ramp there was a small line of boats to get out as the rain really started coming down. As we waited for our turn to get the ramp we watched and laughed as this 22 ft Bayliner deck boat tried to go up on the trailer sideways. The next guy tried to get his boat up on his trailer and as he was gunning the motor he caused the trailer to be disengaged from the trailer hitch. Apparently the boat owner didn’t even have a pin through the transfer hitch to secure the trailer to his truck. The result was that he tried over and over to get the boat on to his trailer without it being on the ball. It was our turn after about an hour watching the boat ramp show. The rain had stopped at this point and we drove over to the Tugaloo State Park where our club was having a Low Country Boil in a park pavilion. 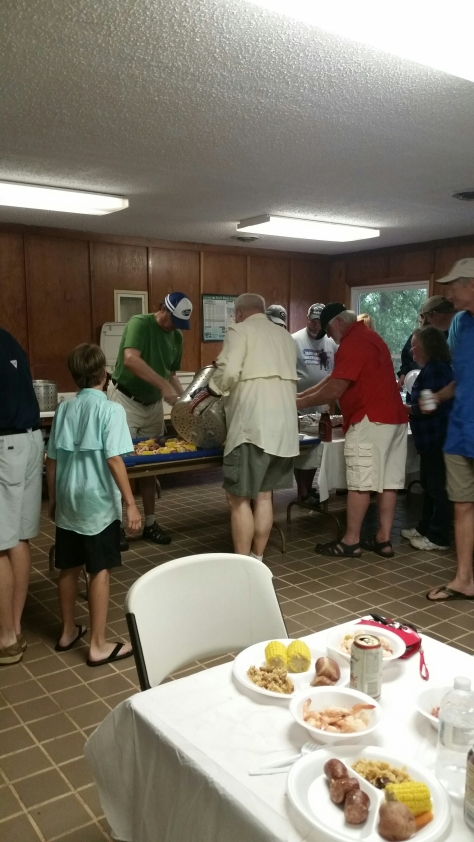 Many thanks to the Lanier Striper Club for hosting this event every year. And special thanks to Tom Blackburn, Terrell Ivey, Tom Becker, Don & Joan Skinner and Joe Kuhr for their efforts that made this event a success. After the fellowship Bill Chasey, Jim Duggan and I headed home.

Here are some photos of the club’s successes over the past 2 days. 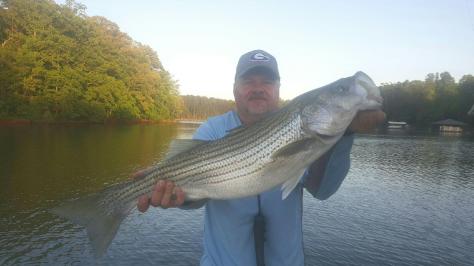