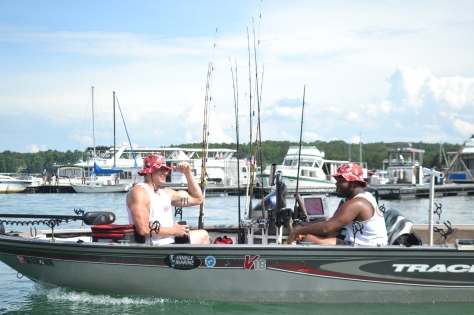 These Atlanta Falcons were some big guys.
Wednesday May 31st I had lunch at the Falcons training camp in Flowery Branch and watched some practice scrimmages. I met several players and some Wounded Warriors that I was taking Striper fishing the next day. The launch was from Holiday Marina and we were fishing from 5pm to 8pm. I was sitting on my boat in a marina slip waiting for whomever was going Striper fishing with me as boat number 22. Meet Eric Saubert, Tight End.

and of course later in the photos. While we weren’t successful catching a Striper in the short three hour window and fishing on the south end of the lake while the Stripers were mid lake, they still had a good time on the water waving to other boaters and listening to some good Striper music, and it turned out to be 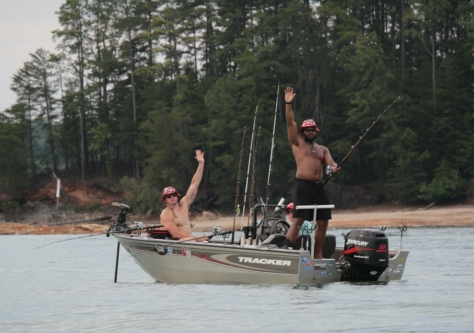