​Somehow I just can’t get my head around that concept but it’s true. Stripers are going after smaller baits that imitate threadfin. Even though smaller baits like small shiners are catching lots of spotted bass we managed to get a small striper to hit on a Planer Board 50ft behind the board over a 40ft bottom in Four Mile Creek yesterday. 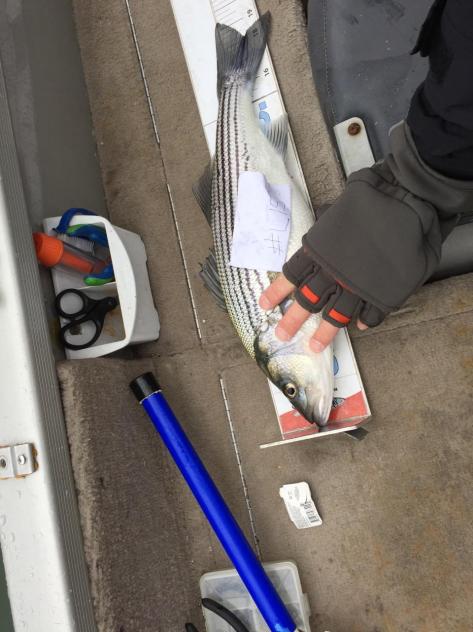 It was tournament day for the Lanier Striper Club. We caught a total of 6 spotted bass one of which was 18 ½” long for the spot pot. After the success in Four Mile we moved closer to the weigh in just in case we got a kicker to go with our other striper, inches are inches in this tournament. As luck would have it we did catch another striper on a rainbow Umbrella Rig in front of Vanns Tavern. 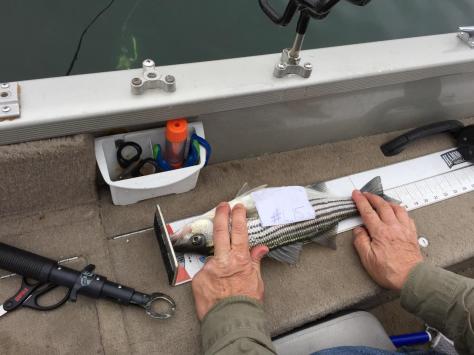 Well it was off to the weigh to see if we at least won big spot. For stripers we had a total of 37 1/4″ with 2 stripers. Not a decent total but not a skunk either.